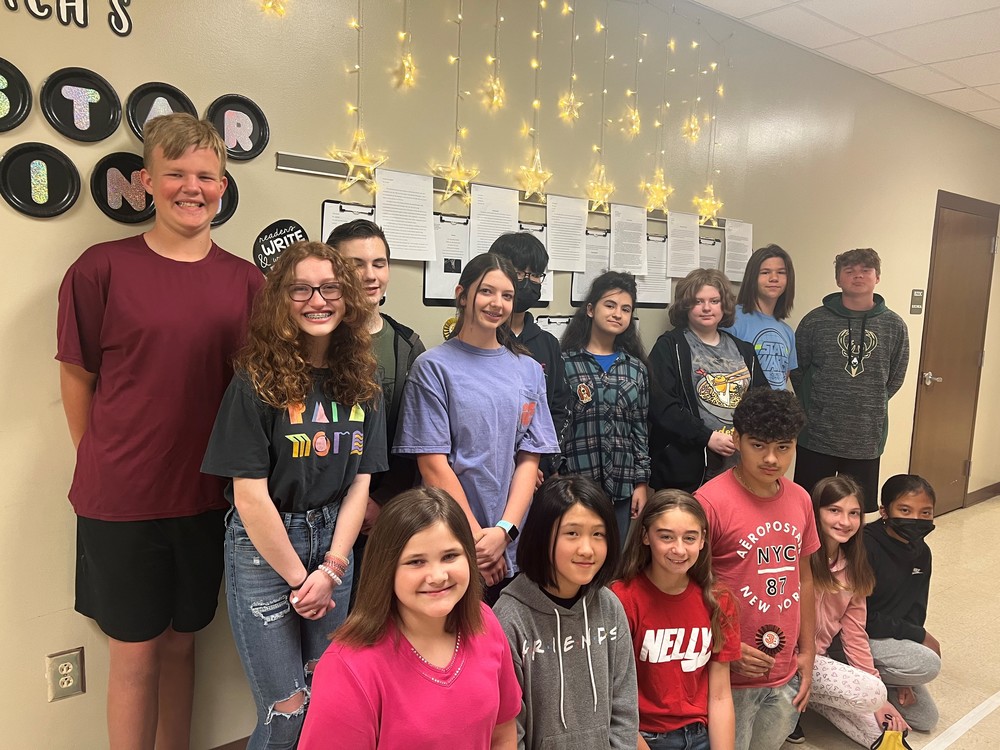 The winners this nine weeks received a ribbon and other prizes.

A special congratulations to Ruby Liu and Abigail Wade who have both been recognized in three different nine weeks for their writing this year and to Axel Myers, Kalyana Saysongkham, and Taylor Harbin who have all been recognized in two different quarters. I would also like to give a shout out to Ms. Rodriguez and Mrs. Lindner, who co-teach two students that placed in the top three, and to Ms. Lambright, Mrs. Konczal, and Mrs. Stubblefield for having multiple students recognized this quarter. 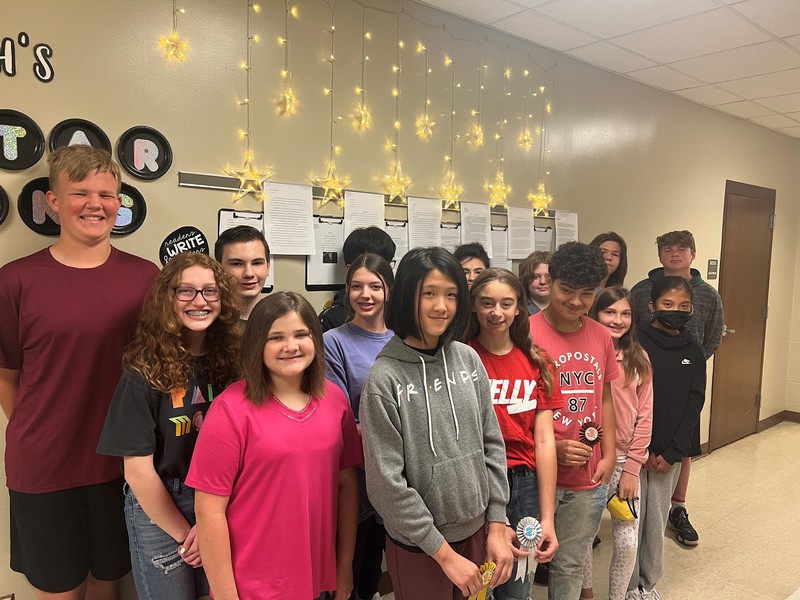 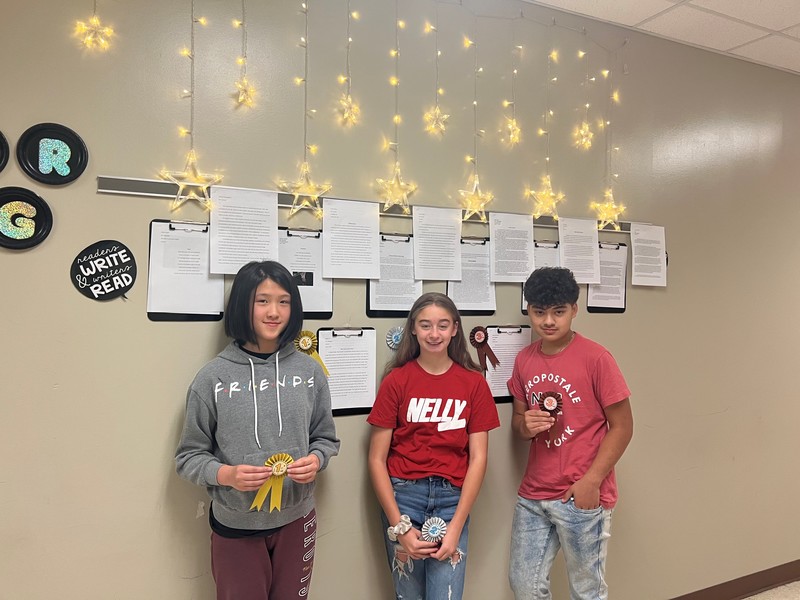 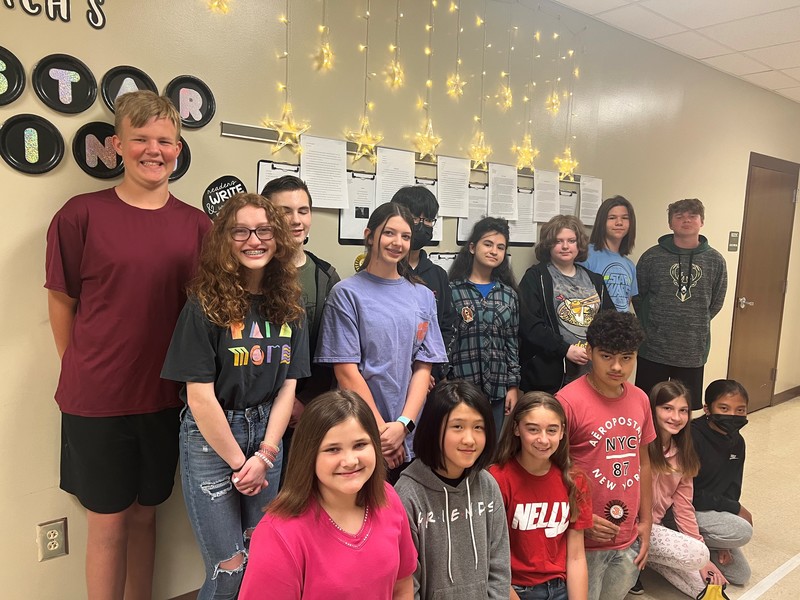