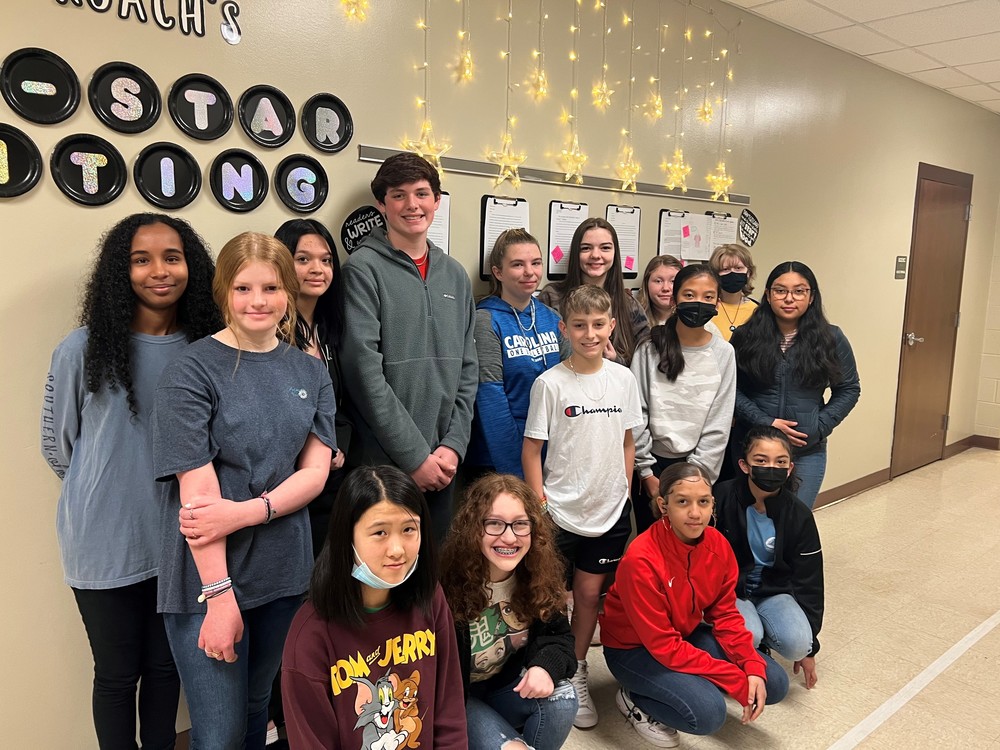 The winners this nine weeks received a star trophy and other prizes.

2nd place is a tie between two pieces of writing.  Kalyana Saysongkham and Madison Swett earned 2nd place for their letter to Dr. Cory proposing the installation of a volleyball court outside next to the basketball court.  This proposal was written in Mr. Adam’s math class during a unit on scale drawings.  Kalyana  Saysongkham also earned 2nd place for her children’s book called “Sand Castles” which was written in Mrs. Konczal’s English Language Arts class and tells the story of how you can turn grief into something new just like you can turn a bucket of sand into a sandcastle.

3rd place goes to Mae Hodges for her essay entitled, “Addictive and Deadly,” warning about the dangers of smoking and vaping written in Mrs. Anderson’s science class.

A special congratulations to Kalyana Saysongkham who had two pieces of writing displayed this nine weeks; to Ruby Liu, Peyton Atkinson, and Natalia Hernandez who have been recognized in two different nine weeks for their writing this year; and to Mrs. Bishop and Mrs. Konczal who each had six students recognized this quarter! 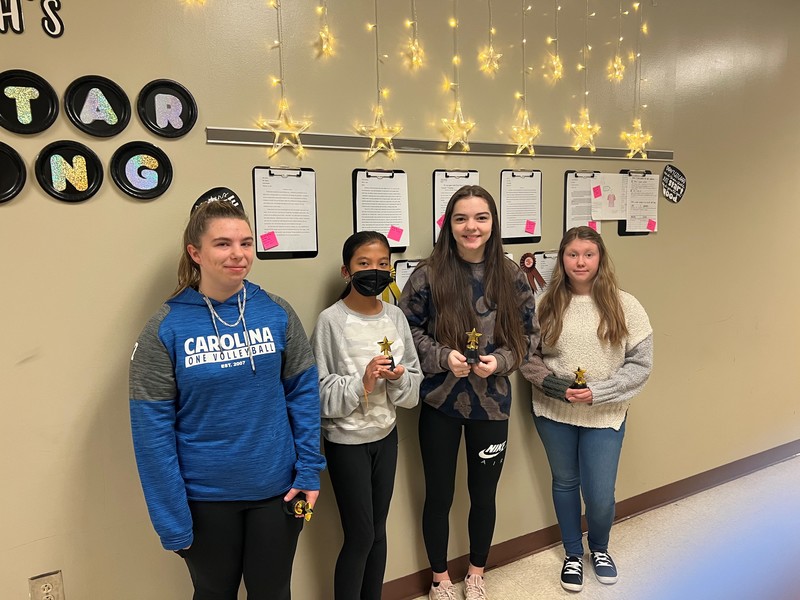 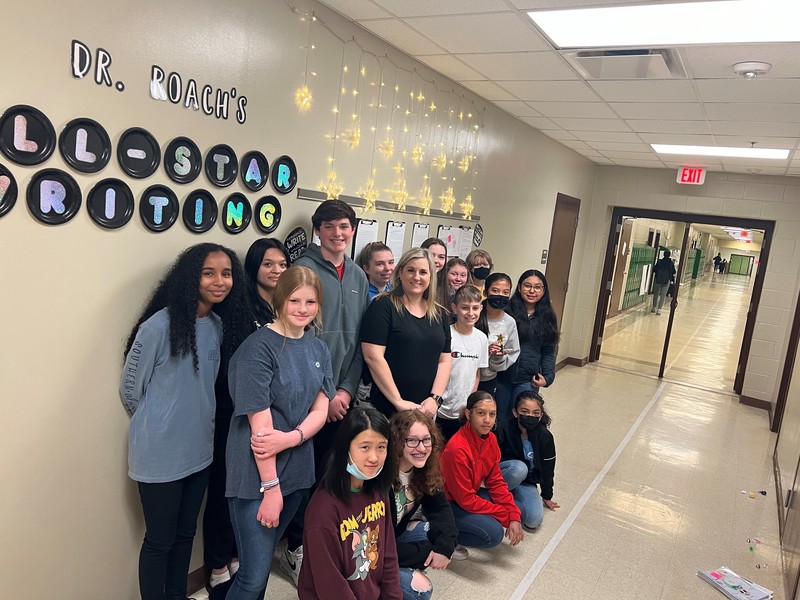 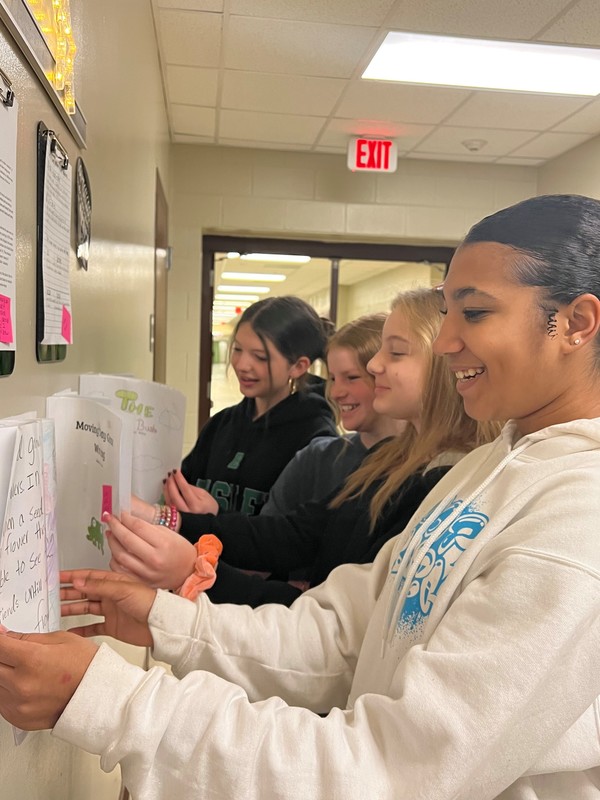 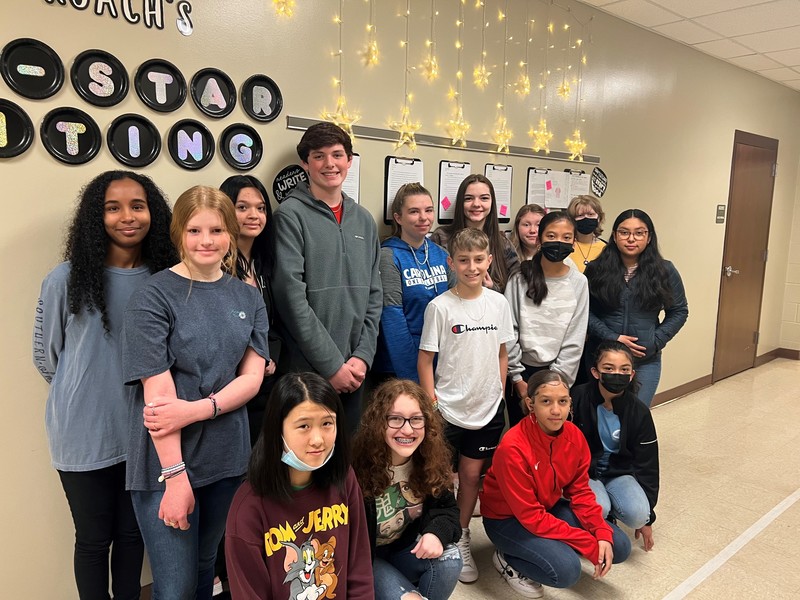 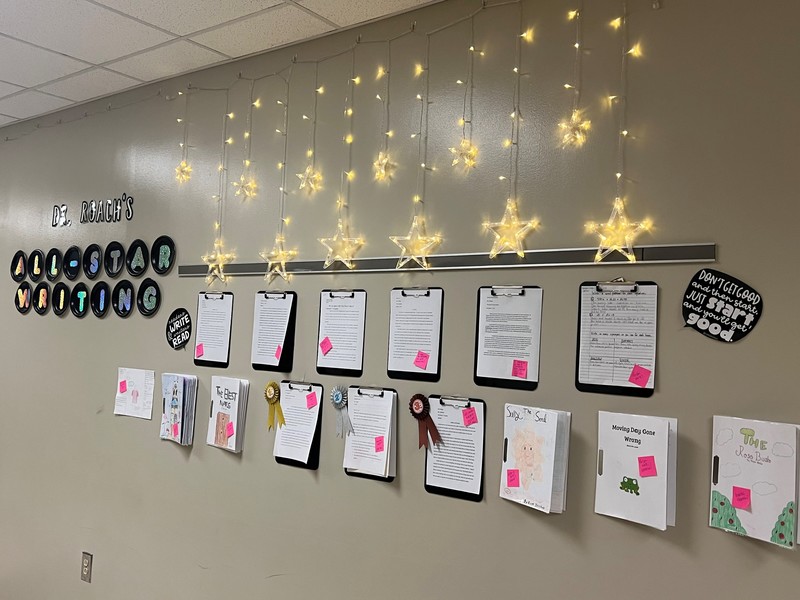