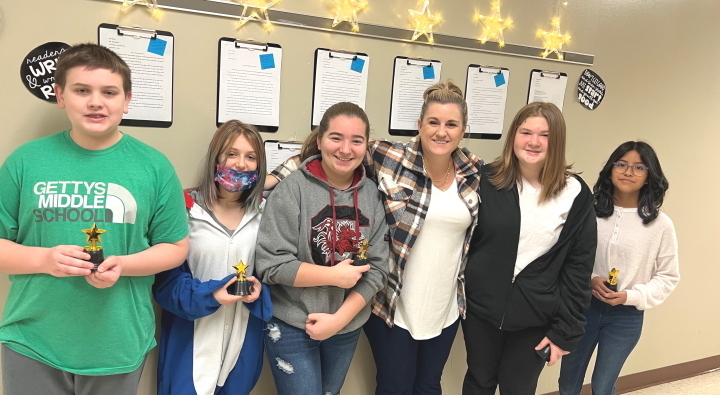 The winners this nine weeks received a star trophy and other prizes.

1st place was a three-way tie between Kyndal Lee, Mya Mickelboro, and Nevaeh Humphrey for their personal narratives written with Ms. Rodriguez and Mrs. Lindner in English Language Arts.  These pieces were all so well-written and descriptive that it was impossible to choose just one winner!

A special congratulations to Nevaeh Humphrey and Abigail Wade, who have been recognized in both the 1st and 2nd quarter for their writing.  Abigail has two pieces displayed this nine weeks! 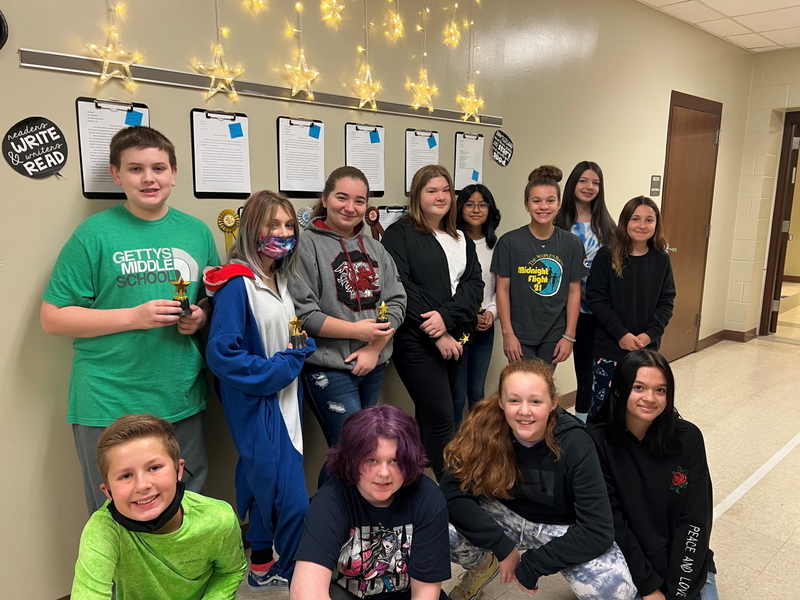 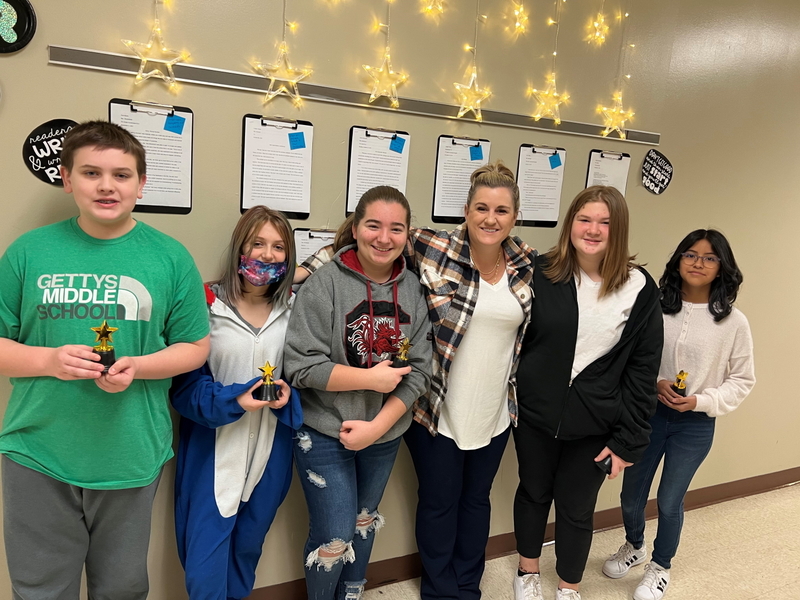